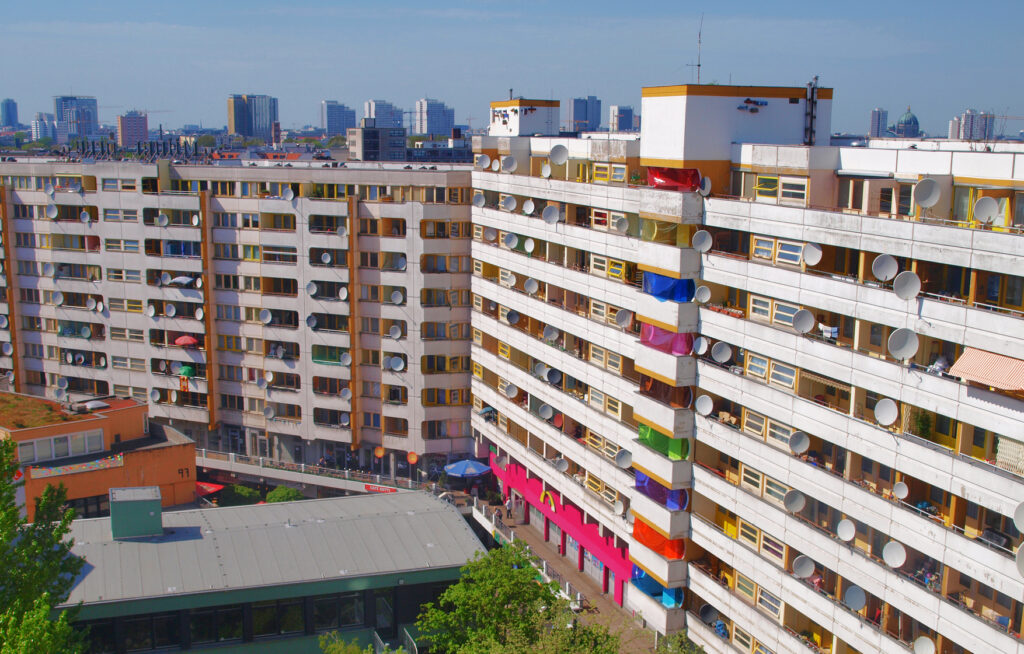 The Kotti-Shop is an experimental, non-profit art and project space located directly at the Kottbusser Tor, on the first floor of the New Kreuzberg Center, since 2008.

Regular events take place at the Kotti-Shop, such as exhibitions by (international) artists, performances, readings, experimental concerts or screenings of artistic films. In addition to one-off events, a number of event series have become established at the Kotti-Shop over the years, such as the Sentimental Punk format (since 2015), in which a montage of a filmmaker's work is acoustically reinterpreted by two groups of artists every month.

In addition to its own distinctive event culture, the Kotti-Shop is also repeatedly used as an exhibition and project space, for art and cultural festivals, such as in the past by the drawing festival Big Draw (2012/13) or for example by the House of World Cultures (HKW) as part of the project "Wir wohnen wie wir wollen" (2015). The Kotti-Shop also provides a stage for artistic projects with a participatory approach, such as the participatory radio project "Kotti.FM" (2016), in which the Kotti-Shop, together with the artists' radio station reboot.FM, Wassertormedien, Wearebornfree, and West Germany, continuously played a frequency for one month.

The idea of making art and culture together is deeply rooted in the self-image of the art and project space and also part of its genesis. Ever since the Kotti-Shop has existed, artists have met here to develop and experiment with new artistic formats and methods in collage, writing, printing and drawing workshops. This has resulted not only in exhibitions, but also in other forms, such as essays, print editions, or zines, such as SuperFuture/Wikitecture, a method booklet that translates the idea of participatory architecture into various artistic formats (2010).

From the attitude of making art and culture with each other, in connection with the special position of the Kotti Shop within the architecture of the New Kreuzberg Center, an own artistic practice has developed.

Kottbusser Tor is a multi-layered, diverse place in Berlin, Kreuzberg: it has the reputation of being a space of possibilities, a myth, at the same time a place to live, a workplace, a traffic junction, and a visitor magnet, a microcosm in itself. Gentrification has many faces at Kottbusser Tor: on the one hand, the apartments and tenants are affected; on the other hand, the cultural and social capital that has built up here over the past decades is being tapped and exploited. The spatial structures are changing like a glaze.

Due to these developments, a variety of initiatives and projects have been founded in recent years. The Kotti-Shop is in dialogue with the actors on site, but also itself one of the places of multi-layered togetherness. The art and project space acts as an interface between the residents and various social actors with the art and cultural scene. It opens up spaces for dialogue and tries to strengthen the local social fabric by, among other things, creating an equal forum for the residents of "Kotti" with artistic forms. It is part of the social fabric and as a playful experimental space, a reference and activity space for the neighborhood.

Over the years, the residents of the Kotti have participated, co-designed, co-signed in artistic projects, such as the urban billboard project TRANSFORM_The Mirror (2012/13). With the children of the New Kreuzberg Center, the 36 Monsters, the Kotti Shop continuously works on their living and living space, such as with the mural project, 36 Monster Wall (2011), or with the experimental collage-film installation, Spurensuche am Kotti (2013), in which they beatboxed and trick-animated the history of the Kotti, from the dinosaurs to gentrification. Since 2014, there has also been the Kotti-Picture group, an association of artistically inclined neighbors of the New Kreuzberg Center. In the Kotti-Pictures exhibitions, they show their work alongside (international) artists.

This is what distinguishes the Kotti-Shop from other spaces suburban. It plays on several stages: Even though it is important as a place to stay for the neighborhood, it does not lose its standing as an art and project space, because in all its activities it focuses on the role of art, also in social processes. This is what makes it special, and so the most diverse worlds meet in the Kotti Shop. In events, projects and workshops, the art and culture scene and the neighborhood meet at eye level.

In addition, the art and project space also attempts to build a bridge between theoretical discourses and artistic practice. Thematically, it is multifaceted. It continuously works on an expanded concept of art based on the idea of an interaction between structure and action, as well as on the further development of a participatory approach in art in the sense of self-appropriation, self- and co-creation, and on a continuous artistic development and treatment of the field of tension between space-society-psychology.

In the last years, he has expanded his infrastructure to support this. In 2015, the trans- and interdisciplinary art association "Assemblage e.V." was founded out of the Kotti-Shop. It not only promotes, conceives and realizes projects in the field of visual art, media art and participatory art, but also opens up spaces of discourse on socially relevant and social issues with its exhibitions, projects, art and cultural festivals, both nationally and internationally, and its own publications, thus promoting the further development of artistic practice in connection with scientific and social discourse and the exchange between theory and practice.

The Kotti Shop in conjunction with the art lab SuperFuture has been working since 2016 to build a bridge between other neighborhoods and the art and project spaces located there. It is deepening the connections with the Melkior Theatre project space in Jean Moulin (Bergerac, France) and the Pasaj art and project space (Istanbul, Turkey) in the coming year. It is planned not only an intensive exchange about the respective working methods on site, but also an active network that organizes and carries out events in the other neighborhoods, both artistic solo works, group exhibitions, collaborations, as well as art projects with a participatory approach. 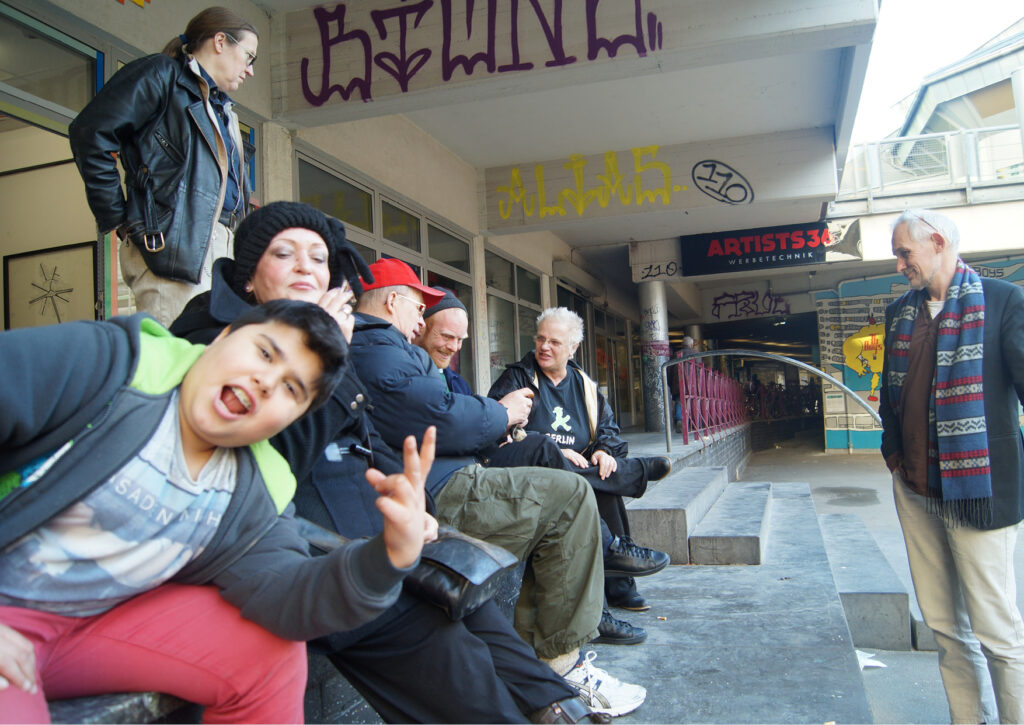 Get 30% off your first purchase